Democratizing Knowledge for Our Dream

On Jan. 15, an event was held at the Taman Ismail Marzuki arts center in Jakarta, commemorating 35 years of the Jan. 15, 1974 riots, also known as the Malari incident. The slogan “Make Democracy Real” was displayed all over the venue.

The organizer, Hariman Siregar, a well-known Malari figure, raised the need to reorient development to serve society, not just elites and their cronies. He repeated the perennial Malari observation that foreign influence needed to be properly examined for the interest of Indonesians’ welfare. Fear of foreign domination was one reason for the 1974 riots, which greeted then-visiting Japanese prime minister Kakuei Tanaka.

Unfortunately, this calibration is missing from Indonesia’s higher education academic journal policies. Foreign influence dominates, as reflected from prioritization of English and other foreign languages. According to the policies, an Indonesian-based journal in the Indonesian language can never reach international standard as Indonesian is not considered an international language (see pak.ristekdikti.go.id/portal/?page_id=14).

This is contrary to international journals in other countries such as Malaysia, which also publish many articles in Malay. This also contradicts the 2009 law on the Indonesian language, which states that the government has a responsibility to systematically advance Indonesian as an international language.

In 2017, the Education and Culture Ministry mentioned the importance of using Indonesian in the public sphere. With progress in digital and networking technology, the scientific world is now considered a form of public sphere where “Digital means everything, Public means everyone, and Space means everywhere”, as Jeremy Myerson wrote.

If the government does not consider Indonesian an international language, including in academia, who else would? Countries that proudly use their national language as a scientific language can also be at the forefront of scientific and technological development, such as Germany and Japan.

The Indonesian scientific journal policy is clearly undemocratic. Indonesian is deemed unworthy of international scientific expression by its own government.

Another undemocratic policy is prioritization and now even the exclusive use of foreign commercial and closed citation databases, such as Scopus, in Indonesian research evaluation (bit.ly/kejarsinta). Scopus is owned by Elsevier, a publishing-related company known for its dominant position in global research dissemination.

The report said some of Elsevier’s antidemocratic practices include: the use of confidentiality agreements “to prevent their customers from seeing how much they each pay for Elsevier’s services […]”; “lobbying against progressive free access policies […]”; generation of net annual profits of around 37 percent largely thanks to public funds, which account for up to 75 percent of its revenues; and the provision of “analytics and metrics for the wider publishing industry, presenting an enormous conflict of interest”.

Sadly, the government seems unaware of Elsevier’s antidemocratic nature. After using the proprietary Elsevier’s Scopus database as a data source for the national bibliometric system, SINTA (Science and Technology Index) in 2017, the government reportedly subscribed to Elsevier’s other product, Science Direct in mid-2018.

The Research, Technology and Higher Education Ministry paid for access to a slew of other commercial and proprietary databases, including Elsevier’s, to the tune of US$1 million (ristekdikti.go.id/siaran-pers/kemenristekdikti-berlangganan-e-journal-senilai-rp-148-m-dosen-peneliti-dan-mahasiswa-dapat-mengakses-secara-gratis/).

Even more regrettable, the government seems unaware of vital developments in global research, such as open access, open science and open citation. With other research funders, as stated by David Shotton of the Initiative for Open Citations (www.nature.com/articles/d41586-018-00104-7), the government has the power to demand that Elsevier and other commercial publishers open up the citation metadata of their thousands of journals.

One benefit is that the open metadata can be used for the national bibliometric system such as SINTA in mapping research expertise, trends and impacts that could enhance scientific progress and empower society.

However, scientific dependence is exactly what foreign companies such as Elsevier want from developing countries such as Indonesia. As it moves from low-income to higher-income status, with its growing and young educated population, Indonesia becomes an even more attractive market for these companies.

The fact that no Indonesian Scopus-indexed journals are in Indonesian is such a disappointment. Back in the “national awakening” era nearing the end of colonial Dutch rule in the early 20th century, Indonesian was repeatedly promoted by the elites as a symbol of liberation, national determination and a sense of unity and identity, according to Amelia Zein.

Today science must be increasingly accessible to most Indonesians, as we have an ultimate right to access knowledge, especially from research deriving from public funds.

The path for the Indonesian dream as raised in the preamble to the 1945 Constitution thus encounters a self-made stumbling block. This dream states that as part of independence, the government should develop national intellectual life, without losing any international credibility, networking or acknowledgment. This goal is impossible to achieve without calibrating foreign influence and making democracy real.

Reduction and even elimination of dependence or reliance on foreign languages and companies, as well as acknowledgment and use of Indonesian at the highest level of Indonesia higher education and research and its evaluation, need to be advocated if Indonesia is to realize its dream of developing its people’s intellectual life and making democracy real.

Juneman Abraham heads research and publication at the Indonesian Psychological Association (HIMPSI) and is an expert board member of the Association of Scientific Journal Management on Indonesian Language, Literature, and its Teaching. He is a Doctor of Psychology from the University of Indonesia. 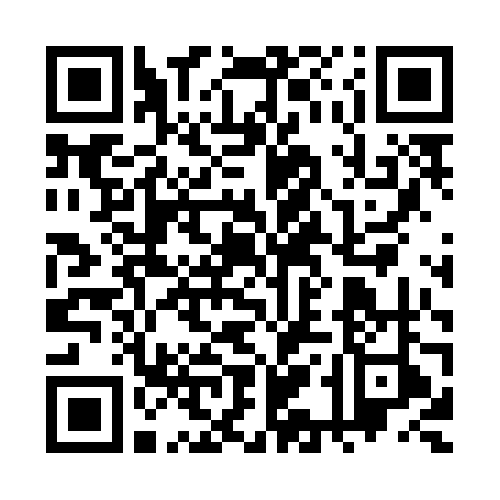